Once you know how to make creatures and assign their tags properly, walk waypoints are actually reasonably simple.

Do note, this page will cover how to make creatures move around in Sinfar homes, but a deeper discussion of waypoints and their possibilities is beyond the scope of this document. Waypoint basics can be found here. Please note, the system is capable of significant behavior simulation, up to and including making NPC's do one thing during the day and then going home at night and getting into bed and sleeping. Users are encouraged to experiment, and then come back here and record your results so we can all learn from it.

Once you have a creature established in the game, right click on them and select create waypoint. 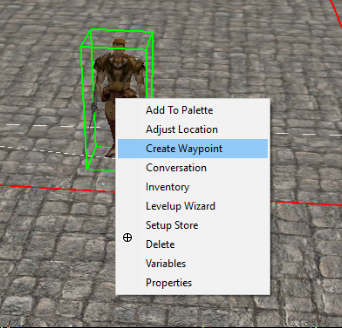 This will create a waypoint on the ground that you can then move to the spot you want the creature to move to. Upon creation the waypoint will have the following tag: 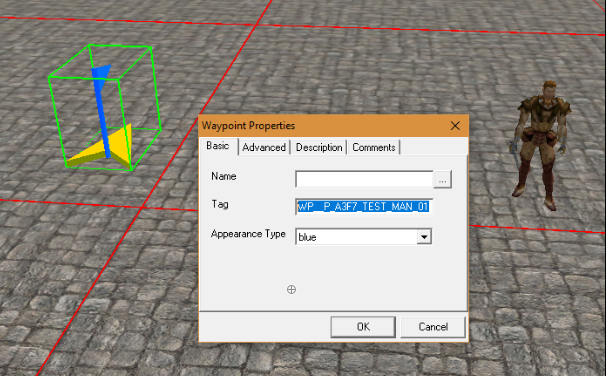 Waypoint tags are broken down as such: WP_ (for the waypoint); _P_A3F7_Test_MAN is the tag of the creature; _01 is the number assigned to the waypoint at creation time. DO NOT edit or alter this tag. Doing so will break the waypoint. Now, let's go to the Sinfar Resource page for your home.

After you save the waypoint, the WP_ will drop off the end of the tag as shown above. This may be a bug or a feature but it does not impede the creation of the waypoint.

Create any additional waypoints you wish for your creature and then make sure the upload blueprints box is checked when you go to upload the house. 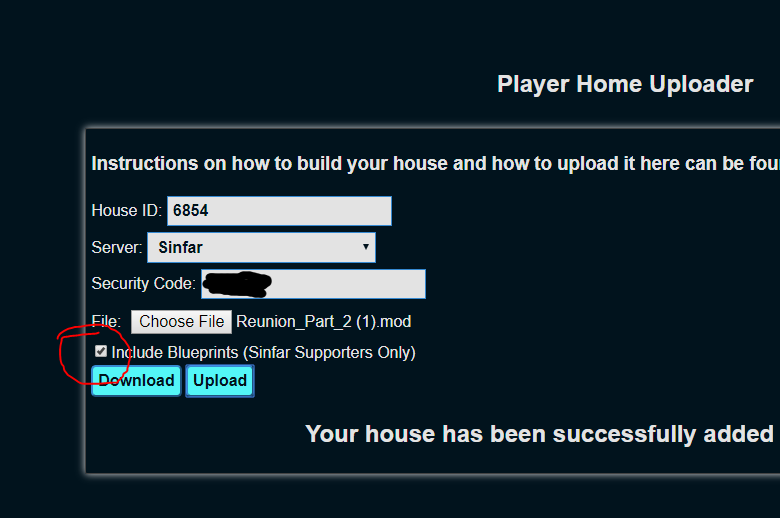 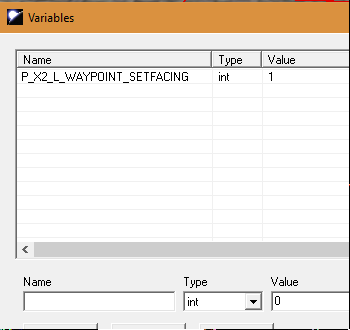 P_X2_L_WAYPOINT_SETFACING is an int and set it to 1. This will enforce the facing of the waypoint on the creature as opposed to it defaulting to the facing it uses as it moves to the waypoint.

Once you're done your connected waypoints should have a small white line between them that appears when you click on your creature.

This will indicate the intended walking path of the creature. As per normal, when a creature reaches its final waypoint, it will return to the first one and start the pathing all over again.

Additional behaviors such as pausing at waypoints or interacting with placables at waypoints are beyond the current scope of this document, but users who learn those secrets are encouraged to share, here.