A Windows installation built using those steps is Linux compatible so I will mostly repeat the same steps but with Linux commands.

For this tutorial, I used a fresh installation of Ubuntu Desktop 18.04.2 LTS 64 bit on a VirtualBox VM, but it should be similar with other Linux distributions.

This is where the installation files will be put:

The .exe that you downloaded can be extracted with p7zip.

NWN Diamond is 32 bit, so to run it on a 64 bit Linux system, you may need to add the 32 bit architecture support (Until I did that, I was getting getting “./nwmain: No such file or directory”).

libm.so.6, libpthread.so.0 and libc.so.6 should be installed with the 32 bit support.
libmss.so.6 is in your miles_linux folder and will be found when running the “./nwn” script.
libGL.so.1, libGLU.so.1 and libSDL-1.2.so.0 may need to be installed:

The script to launch the NWN Dimaond executable (nwmain) with the needed parameters is “./nwn”. But first, you may need to make them executable:

And if all is good, the game should start, enjoy! 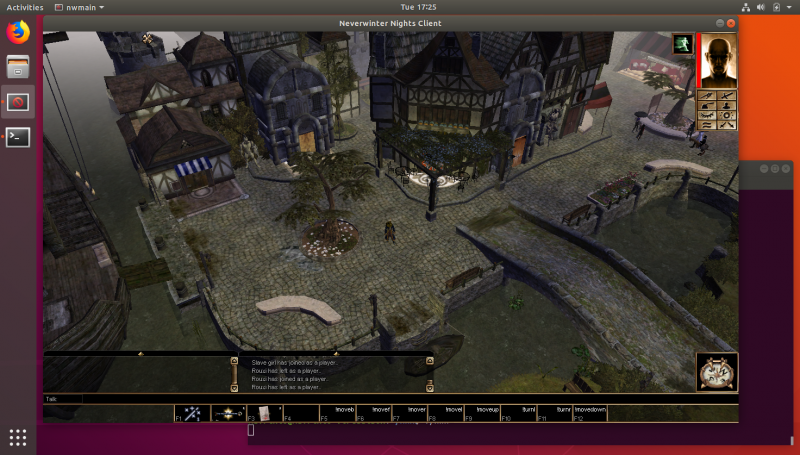